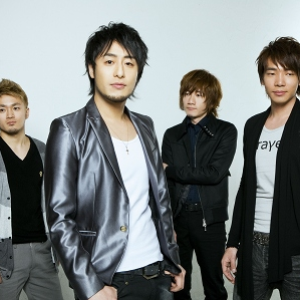 (2004–present) TRIPLANE is a Japanese rock band from Hokkaido. The band consists of four members : Vocal&Guitar:(江畑 兵衛) Hyoue Ebata Guitar :(川村 健司) Kenji Kawamura Bass:(武田 和也) Kazuya Takeda Drums :(広田 周) Makoto Hirota They has released multiple singles and albums, as well as performed songs for the soundtracks of anime, dramas, and other Japanese programming. "Moving Heart" (ココロハコブ) of their most recent album and single has been used as the ending theme for Tomica Hero Rescue Force. Previously, their single "Dear friends" was used as the ending theme for One Piece episodes 246 through 255. Read more on Last.fm. User-contributed text is available under the Creative Commons By-SA License; additional terms may apply.