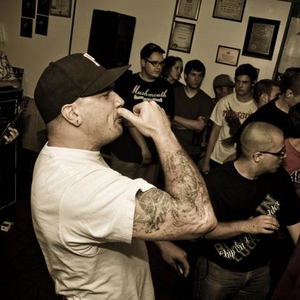 Ten of Swords was originally started as a side project by Enemymind frontman Mike McGuire and Sanctify Her Death guitarist Derek Kovacs to fill in the cracks in their down time. The main goal was to become one of the heaviest, negative bands to ever hit the underground. Overwhelming demand for the band's down-tuned brutality quickly turned it full-time. The band has only existed since February of 2010 and is currently putting the finishing touches on a few songs. Expect a flurry of shows and a new full length recording by summer 2010. Read more: http://www.myspace.com/tenofswords2010 Read more on Last.fm. User-contributed text is available under the Creative Commons By-SA License; additional terms may apply.