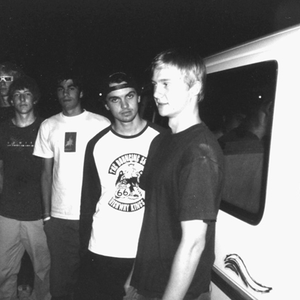 The Arteries are a punk rock band from Swansea, UK, they have been around since 2005, and according to Jamie "We aren't trying to change the world, we are just a bunch of friends that like to play music together and party - come and join in!" After several EPs and splits with other bands their debut album, 'Blood, Sweat & Beers' was self released in 3 parts over 2008 in the form of 3 coloured 10" records and is now available via Household Name Records on CD format. The second album 'Dead Sea' was also self released in association with Specialist Subject Records. It will also be released on vinyl by Paper + Plastick Records in early 2011. BIO ARTERIES are a Sydney based metal band which started out in 2011 with 3 mates who shared the same passion for heavy music. Soon after that they found their bass player and with the recent addition of a second guitarist, it’s helped form what ARTERIES is today, a diverse mixture of erratic riffs, brutal grooves and technical time signatures. Since their first show at The Annandale Hotel, they were immediately winning fans over with their impressive and energetic live assault. Influences Periphery, Dillinger Escape Plan, Underoath, Architects, Norma Jean, Meshuggah, August Burns Red. http://www.last.fm/music/+noredirect/Arteries please go here and mark this as flagged correctly! Read more on Last.fm. User-contributed text is available under the Creative Commons By-SA License; additional terms may apply.