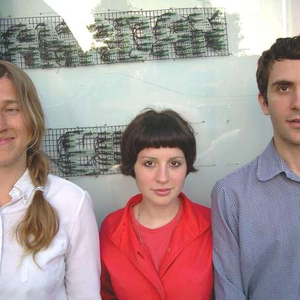 The Curtains were founded in the Oakland / San Francisco Bay Area in the year 2000 by ex-Deerhoof bassist/guitarist Chris Cohen and Trevor Shimizu. Beginning as a strictly instrumental group, The Curtains now make smart but sparse lo-fi folk-pop with minimum of effort and maximum effectiveness. Influenced by film soundtracks, TV jingles, West Coast jazz and early electronic music, the Curtains gradually branched out to vocal- and more rock-based music over the years, a trend which culminated in 2006's Calamity, released by the Asthmatic Kitty label. The Curtains lineup has changed several times and included members of several other noteworthy bands such as Deerhoof, Old Time Relijun, Nedelle, Half-Handed Cloud, and Subtle. The only continuous member of The Curtains is Chris Cohen, who also plays in Cryptacize. Read more on Last.fm. User-contributed text is available under the Creative Commons By-SA License; additional terms may apply.