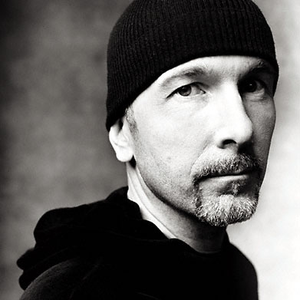 There are six artists: 1) The Edge (aka David Howell Evans), is best known as the guitarist for u2, but he has also released material on his own. The soundtrack for the 1986 UK film Captive is the only solo album to date by The Edge. He approached Michael Brook, creator of the Infinite Guitar, which The Edge regularly uses, to collaborate on this soundtrack album; Brook co-produced and helped with the instrumentals and some of the writing. Edge also approached a young vocalist just beginning to appear on the Dublin scene to provide vocals for the main theme. This was Sinéad O'Connor, who would shortly afterwards release her debut album. Larry Mullen Jr also provided drums on the main theme. The music on Captive is a mix of ambient styles. The majority of tracks are instrumentals. The track "Heroine" was released as a single. 2) The Edge was an American punk band founded by Victor Garcia-Rivera in the early 1980’s. The Edge was a local favorite at the Jockey Club in Newport, Kentucky. Their first single was recorded in late 1983 and released in early 1984 on their own Smear Records. Later in 1984 the band relocated to Boston where they recorded a second single for Throbbing Lobster records. 3) The Edge was a rock band formed in the late 70s by Jon Moss (later of Culture Club) and Lu Edmonds after the break up of their former band The Damned. Their debut 45 was "Macho Man" release by Albion in 1978. 4) The Edge is a high school group formed around 1982 in Sudbury, MA. None of the members went on to anything else of consequence regarding music save the bassist Mike Gordon, who went on to help form Phish. Most of the members went on to join Mike again in the Tombstone Blues Band, also active around 1982 in Sudbury. Several recordings exist, courtesy of the phish spreadsheet (https://spreadsheets.google.com/spreadsheet/pub?key=0AjeIQ6qQvexzcDhXS2twUC1US3BPMVZuUWdjZmY2RVE&gid=7). 5)Formed in 1998 in Pokhara, The Edge came into the Nepali Rock scene with a self titled debut in 2000. The video of the single mero aasu from the debut album, witnessed a country wide popularity surge within a week of its official release. This success gave the band a much needed break into the mainstream music industry in Nepal. The album included other hits like jeewan mero, pagal nabhana, and numberous jams and rehearsals, Jeewan connected with three talented seasoned musicians in Pokhara. They shared similar views, attitude, and taste for the music they envisioned haheyko. This state of halcyon didn’t last long. In just a few years, the band found itself in a deep crossroads. With other priorities vying against the commitment to continue making music it became obvious that the original lineup would falter. The disbanding became the inevitable reality. The hiatus that followed the disbanding, front-man Jeewan continued with his singing. The incessant passion proved to be a rewarding experience. In 2003, through to create. The new lineup is perhaps the most talented ever. Emerging from a deep hiatus the band cut their second album Vibes with Vajra Records in 2006. The album contains some of the most intelligent originals the band has in its credit till date. Recorded and mastered at Sacred Sound Studio, Kathmandu, Vibes showcases the band’s technical prowess, endurance, and lyrical maturity. thaha chaina, an orchestral arrangement; shanti ko sandesh, a hard rock with patriotic theme; kasailai, a steady rock groove; bhramma, an alternative experiment; ballads, jiuna lai garo and duukha diyera; and soothing prastab and lekhiyeka shabda demonstrate the cohesion amidst diversity in composition. After the release of the video for thaha chaina on major television channels, The Edge’s popularity spread far and wide. Since the album release, the band has played some dozen shows in their hometown Pokhara. They have played numerous sold-outs including charities and festivals. Their concerts are popular for a flawless performance and a powerful stage presence. Thus far, The Edge has received couple awards and nominations. The song Duukha diyera bagged the best lyrics award at the Pokhara Music Award. The song received critical acclaim for its soulful words. In 2006, following the release of Vibes, The Edge was nominated at the 9th Tuborg Annual Image Awards in the category of Rock Vocal Performance. Although it was only confined to nominations, The Edge has come out of age to demonstrate their ability to deliver beyond anyone’s expectation. Currently, the band is working on the new materials. Read more on Last.fm. User-contributed text is available under the Creative Commons By-SA License; additional terms may apply.