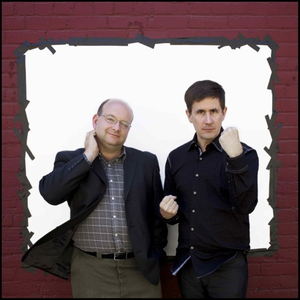 The Extra Glenns are a band made up of Franklin Bruno of Nothing Painted Blue and John Darnielle of The Mountain Goats. They were something of an underground legend in the 90s, recording tracks for singles and some compilations. However, Both artists later began concentrating on their own solo work, though as their popularity grew they continued to work together when possible. A show at the 2000 San Francisco Noise Pop Festival found an unexpected crowd in attendance with exceeding interest with fans coming from as far away as New York just for the band. They decided then that it was a good idea to keep it going and in 2002 Absolutely Kosher Records released Martial Arts Weekend, the group's first full length album. In August 2010, it was announced that The Extra Glenns had signed to Merge Records and changed their name to The Extra Lens. Their latest album, Undercard, was released on October 19, 2010. Read more on Last.fm. User-contributed text is available under the Creative Commons By-SA License; additional terms may apply.