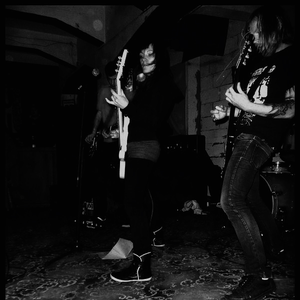 There are 5 bands named "The Fight". The first: The Fight is a pop-punk band founded in 2000 in Dudley, UK. The band consists of singer and guitarist Kate Turley (a member of the 21st Century Girls six years earlier), drummer Jack Turley (her younger brother), bassist Matt Vale and guitarist Scott Milner (formerly of Wolverhampton-based pop-punk troupe ZeroPointSix). In 2002, New Found Glory’s road crew overheard them busking outside a gig in Leicester. When NFG’s guitarist, Chad Gilbert, heard their record he invited them to support them in London and took their demo to several labels. Finally, they got signed by Fat Wreck Records who put out their first EP, Home Is Where The Hate Is, in 2003. Their first album Nothing new since Rock 'n' Roll was released in 2004 by Repossession Records. The Fight have toured the UK and the United States with bands such as Rancid, Yellowcard, Sugarcult, Brand New and the Starting Line and played on the Warped Tour in summer 2005. On 22nd June 2006 it was announced Matt had left the band for personal reasons and has now been replaced by Tom Calder (also formerly of Zero Point Six) in time for the band's July UK Tour. The second: The Fight is a female-fronted melodic Hardcore Punk band from Poland. (http://www.myspace.com/thafight) The third: The Fight is a one-man in your face hardcore project by Stief Positief (Justice). The fourth: The Fight are a rock and roll band with soul undertones from Edmonton, Alberta, Canada. (http://www.newyoungelectric.com) The fifth: Hardcore punk band from Long Island, NY. https://thefightli.bandcamp.com/ Read more on Last.fm. User-contributed text is available under the Creative Commons By-SA License; additional terms may apply.