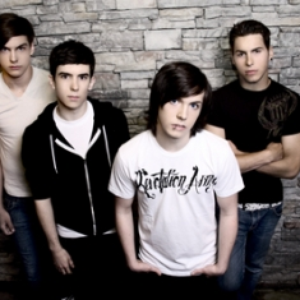 Fusing an underground edge with mainstream melodies, the latency is the newest breed of band that will make you stand up and notice with blistering riffs and soaring melodies. Hailing from Maple Ridge BC, the Latency was formed two years ago when guitarist Ryan Stead and bass player Matthew Gendron met singer/guitarist Brandon Lehti at a local show that featured each of their respective bands on the bill. With all but one of the members just turned 18, they display a maturity and technicality well beyond their years. On December 4,2012 it was announced that the band members had parted ways . www.thelatency.com Read more on Last.fm. User-contributed text is available under the Creative Commons By-SA License; additional terms may apply.