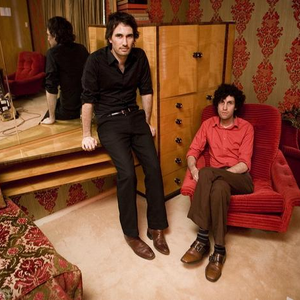 The Mess Hall are a two-piece rock and roll combo based in Sydney, New South Wales that formed in 2001. Widely respected for their live shows, The Mess Hall have toured Australia extensively both in their own right and supporting bands such as You Am I, Jet and The Strokes. They have also toured the US and Japan, notably with fellow Sydney band, Wolfmother. Outside the driving drums and guitar of The Mess Hall, singer/guitarist Jed Kurzel is an acoustic artist of some note. Drummer Cec Condon is a veteran of the Brisbane music scene. Read more on Last.fm. User-contributed text is available under the Creative Commons By-SA License; additional terms may apply.