The One Up Downstairs 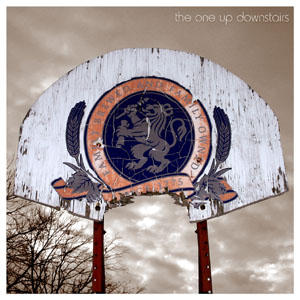 Urbana, Illinois: Before American Football, bassist Mike Kinsella (Cap'n Jazz, Joan of Arc) and drummer Steve Lamos played in The One Up Downstairs with Dave Johnson and Alan Johnson (both of Very Secretary). The One Up Downstairs recorded a 3-song 7" which was to be released by Polyvinyl. Prior to the single's release, however, the group disbanded and despite having recorded material, the single was never released until Polyvinyl "posthumously" released it earlier in 2013. Its 3 tunes are sparse but are screaming inside with emotion and beauty. Indeed, a lovely little work of art. It is now released, via iTunes download and 7" vinyl and available via Polyvinyl - check out www.polyvinylrecords.com for more information. It is lovely. Read more on Last.fm. User-contributed text is available under the Creative Commons By-SA License; additional terms may apply.