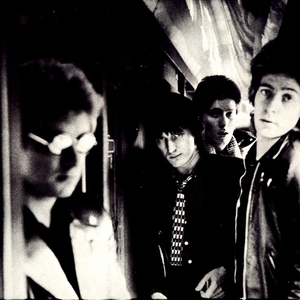 The Records were an English power pop band, best known for their work in the late 1970s. By fans of the genre, they are considered one of the most seminal British power pop acts of all time. As the All Music Guide notes, they are often referred to as "The British Big Star". They are best remembered for the hit single and cult favourite "Starry Eyes". Throughout the 70s and 80s, the only constant members of The Records were John Wicks, Will Birch and Phil Brown. Today, former members of The Records record and perform as solo artists. Lead singer John Wicks tours in his group 'John Wicks And The Records', while guitarist Jude Cole continues to record and perform as a solo artist. Although the original version of U.K. rock group The Records disbanded in the 1980s, their music continues to be a major attraction in the world of rock and roll. Their hit single Starry Eyes is still played on classic rock and college rock radio stations throughout the continents. John Wicks currently works as a producer/songwriter and has formed a new all-star lineup known as John Wicks And The Records. Wicks performs classic songs from his days with The Records, which he co-founded with drummer/songwriter Will Birch in the 1970s. At a John Wicks And The Records concert, expect to hear classic songs from his years in The Records in addition to all-new material. John Wicks And The Records continue to play sold out shows around the world, having performed with the likes of Guided By Voices, Dramarama and the Electric Prunes among others. Although they played CBGBs in the past, it seemed only fitting when John Wicks And The Records chose to perform as part of the CBGBs farewell concert series when the legendary rock and punk venue prepared to permanently close it's doors in 2006. Guitarist/singer, Jude Cole, was the only American to play in The Records. Today, Jude Cole produces numerous artists and co-owns Ironworks Studios with actor Kiefer Sutherland. Hailing from London, England, The Records performed with such acts as Elvis Costello, The Cars, The Jam with Paul Weller, Robert Palmer and Joe Jackson. The Records formed at the height of rock and roll in the 1970s and recorded three major label albums for Virgin Records. They released several singles including Starry Eyes, Teenarama and Hearts In Her Eyes. Albums included "Shades In Bed," "Crashes," "Music On Both Sides," "Paying For The Summer Of Love" and "A Sunny Afternoon In Waterloo." The songs of John Wicks/Will Birch have been covered by artists such as Mary Chapin Carpenter, Michael Monroe from Hanoi Rocks, Blackpool Lights, Too Much Joy, The Methadones and British rock group The Searchers, known for their 60s rock hits Love Potion Number 9 and Needles And Pins. Read more on Last.fm. User-contributed text is available under the Creative Commons By-SA License; additional terms may apply.