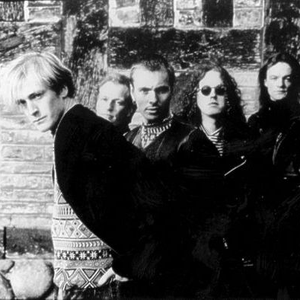 The September When is a Norwegian rock band formed in Stavanger in 1987, by vocalist Morten Abel, guitarist Tor Øyvind Syvertsen and keyboardist Helge Hummervoll, all former members of the band Mods. They signed a recording contract with Warner Music in Norway, and released their self-titled debut album in 1989. The band line-up was broadened by the addition of bassist Gulleiv Wee and drummer Stene Osmundsen before the following tour. Syvertsen left the band the following year, and Morten Mølster took his place. The new line-up released their break-through album Mother I've Been Kissed in 1991. After releasing two more albums, One Eye Open in 1993 and HuggerMugger in 1994, The September When split up in 1996. The same year they released the compilation Absolute The September When - Prestige de la Norvegè 1989-96. Another compilation, The Best Of TSW, got released in 2002 and contains remastered songs. In the comeback year 2008 they released a new album called Judas Kiss. Read more on Last.fm. User-contributed text is available under the Creative Commons By-SA License; additional terms may apply.