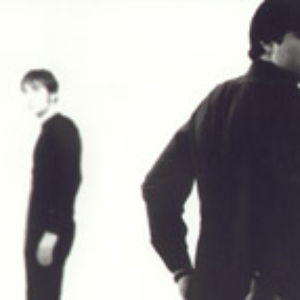 1)The Stereo plays catchy rock with the levity of Weezer, mixing pop-punk with the big, honest super rock of groups like Journey and just a hint of the heartfelt, piano romping of Billy Joel. The group began in 1999 when two musicians -- Jamie Woolford of Animal Chin and Rory Phillips of the Impossibles -- combined their solo projects at the recommendation of their label. After tape trading and phone calls, Woolford jumped in his van and drove to Austin, TX, where the duo recorded their entire full-length debut, Three Hundred. The material was then sent to producer J. Robbins, who gave it his famous touch, and was released on Fueled by Ramen in 1999. After touring in support their first record, Phillips left the group. But Woolford pressed on, enlisting the help of friends and releasing the New Tokyo Is Calling EP along the way. Guitarist Erik Hanson joined, soon left the group, and was replaced by Ross Felrath, only to re-join the band again. The Stereo's second album, No Traffic, not surprisingly, dealt with issues of betrayal, loss, and abandonment, but secured the band an offer for a large-scale tour of Japan. At this point, Jamie Woolford was the only remaining member of the Stereo but in need of a touring band, so Woolford asked friends from Animal Chin and Pollen to join him, and in the process secured the Stereo's lineup. With a collection of musicians including Ben Woolford, Dan Hargest, Thomas Laufenberg, Kevin Scanlon, Christopher Serafini, Bruce Joshua Wuollet, and Katie Riemann, Jamie Woolford went into the studio to record the band's third album. Rewind + Record, released on Fueled by Ramen in June of 2002, realized Woolford's goal of crafting a big album with songs that inspire listeners to get their lighters out on the slow songs and enjoy the rock show. ~ Charles Spano, All Music Guide 2) The Stereo are also a French synth pop group from the early 80's. 3) Slovak 2 piece pop band from Košice city. Read more on Last.fm. User-contributed text is available under the Creative Commons By-SA License; additional terms may apply.