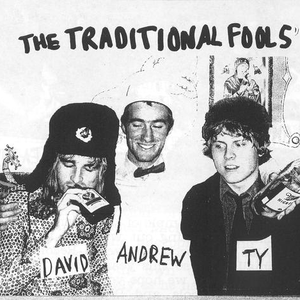 The Traditional Fools were a three-piece garage pop/rock band from California, consisting of Andrew Luttrell, David Fox, and Ty Segall (lead vocals). They released their self-titled debut album in 2008, through Wizard Mountain/Make A Mess Records. Additionally, the band recorded a live album at Wizard Mountain in 2007, that was released on cassette. Their first and only LP was reissued in January 2013 on In The Red, after the success of Ty Segall's albums "Twins" and "Slaughterhouse". Read more on Last.fm. User-contributed text is available under the Creative Commons By-SA License; additional terms may apply.