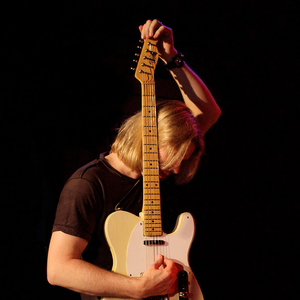 Tony Spinner (b. 9 June 1963) is an American rock and blues singer and guitarist who has been touring with Toto since 1999, having been selected by David Paich as a backup guitarist and backing vocalist. He is noted to be given the lead vocals of the song "Stop Loving You," originally performed by former Toto member Joseph Williams. When Tony is not touring with Toto, he plays in The Tony Spinner Band. Read more on Last.fm. User-contributed text is available under the Creative Commons By-SA License; additional terms may apply.