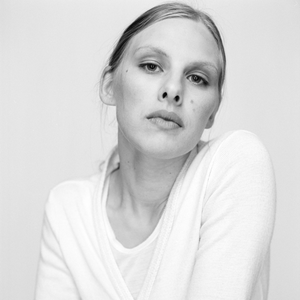 Torun Eriksen is a Norwegian jazz composer and vocalist, whose musical talents first came to prominence as a music student at high school in Norway. From the age of six, she sang in various gospel choirs, and by the age of 19 had become a featured soloist. With a background steeped in soul, jazz, pop, and through her choral experience she began writing her first compositions. A major influence was the world of jazz standards via the Real Book. After moving to Oslo in 1997, she enrolled into the Norwegian Institute for Stage and Studio (NISS). It was there she met other musicians and formed the band Licorice, primarily a cover band. She has also recorded with other bands, such as Palace of Pleasure on their 1999 album, Popaganda, and as a guest vocalist on Mulens Portland Combo’s Mulens Femte (2001), and with Knut Halmrast’s Little Pillow (2003). With Mulens Portland Combo she also performed at festivals, the Salvation Army’s charity Christmas concert, and in various national television programs in Norway. Eriksen has to date released two albums, Glittercard (2003) and Prayers & Observations (2006). She has also appeared on other artists' recordings. With the band Chipahua, she filled Sissel Endresen’s place as vocalist from 2002 to 2003, appearing at various prestigious jazz festivals such as the Molde International Jazz Festival and Bergen Nattjazz. Sissel Endresen has been an integral source of guidance and support for Torun. Official website: www.toruneriksen.no Read more on Last.fm. User-contributed text is available under the Creative Commons By-SA License; additional terms may apply.