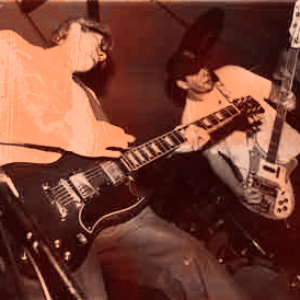 Treepeople was an indie rock band from Boise, Idaho, although they spent most of their time (and were officially based) in Seattle, Washington. The band was comprised of Pat Brown, Wayne Rhino Flower, Doug Martsch, and Scott Schmaljohn, many of whom were members of the Boise punk band State of Confusion. The band gained local notoriety and success in the late 1980s and early 1990s, but after losing members to family complications and other projects, particularly Martsch and Flower to The Halo Benders (and, subsequently, Martsch to Built to Spill) the group disbanded in 1994, having released three albums and a handful of singles. The band are typically described as having a very dense, layered sound, playing pop-influenced indie rock (similar to that of Built to Spill, but harder-edged). This contributed to its short-lived success, as most of the Seattle music scene at the time was focused on Grunge bands like Nirvana. Read more on Last.fm. User-contributed text is available under the Creative Commons By-SA License; additional terms may apply.