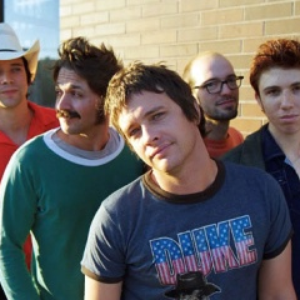 Tripping Daisy was an alternative rock band which formed in Dallas, Texas, United States in 1990 and are best known for their 1995 single "I Got A Girl". The band formed as Tim DeLaughter (vocals, guitar), Wes Berggren (guitar), Mark Pirro (bass) and Jeff Bouck (drums), although Bouck was replaced with Bryan Wakeland a few months afterwards. Guitarist Philip Karnats joined the band in 1997. Wakeland left the band in 1995 and was first replaced by Mitch Marine and then Benjamin Curtis. Berggren died of a drug overdose on October 27, 1999 while the band was recording their fourth album. After completing what was left of the album, the band officially disbanded on December 14, 1999. After the band ended, DeLaughner formed the popular symphonic rock band The Polyphonic Spree and Curtis formed the space rock band Secret Machines The quartet formed and began touring around the area in 1991. They began recording soon after and a local radio station began giving their song "Lost and Found" some air time. Dragon Street Records released Tripping Daisy's debut album Bill, a straight-ahead grunge-pop album except being characterized by overly processed vocals a la neo-psychedelia and a few very interesting transitions. All subsequent albums were released by Island Records; the album Bill was also re-released by Island. I Am an Elastic Firecracker lightened up on the vocal processors except when needed for effect. The arrangements were taken to a much more advanced level on this album, but fade in comparison to the improvements on their magnum opus Jesus Hits Like the Atom Bomb. Tim DeLaughter really found his niche as a vocalist and a songwriter on this album. Though minimalistic in some respects, the album is characterized by an interesting fragmentary songwriting style, where a song can go from one vignette to a completely different other, and still achieve a seamless quality. The production qualities of Eric Drew Feldman and the band are a marvel, as is the instrumentation and glorious harmonies. Wes Berggren was found dead in his apartment on October 27, 1999, due to an overdose. With the death of Berggren the band canceled its tours and stopped recording, officially disbanding on December 14, 1999. Their final self-titled album was released posthumously with Berggren's father Don playing a Fender Rhodes on the unfinished "Soothing Jubilee". Their eponymous album was a warm symphonic affair with more beautiful instrumentation and playful lyrics, which rounded up this wonderful rock group by including a new version of 'One Through Four', a song originally featured on 'Bill', and the re-recorded edition showed the progress they had made in 6 years. Read more on Last.fm. User-contributed text is available under the Creative Commons By-SA License; additional terms may apply.