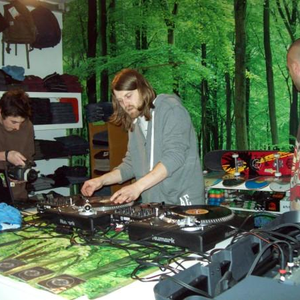 The stage name "Tweek" refers to at least three artists: 1. The solo project of Marie Tweek, the singer for the deep house collective The Rurals. 2. Brian Arnold, a member of the OC Remix community and a musician in his own right. Brian Arnold (a.k.a. tweek) has been creating electronic music since 2004. After being introduced to Reason software, he fell in love with the composition and arrangement of many different genres of music. He plays numerous instruments in various avenues, and composes original pieces of music and scores for local television shows, independent films, and video games. Brian works as an Assistant Recording Engineer at a local recording studio in Athens, Georgia working along side such artists as R.E.M. He also records and produces many projects out of his home studio. By way of Canberra, Australia, Brian is a fourth year student majoring in Theatre and Film at the University of Georgia, specializing in sound design, production, and engineering. He has worked on numerous musical productions, including Tartuffe, The Man Who Came to Dinner, Trojan Woman, Pippin, and many more. 3. Contributor to Community Skratch Project UK (NozL recordings UK) Read more on Last.fm. User-contributed text is available under the Creative Commons By-SA License; additional terms may apply.