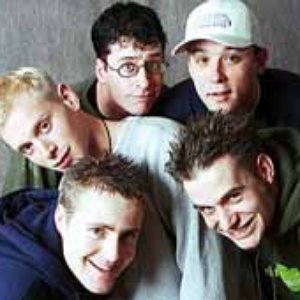 Biography Formed in 1992 in Den Bosch ('s-Hertogenbosch) (NL), Undeclinable Ambuscade spent a couple of years getting their shit together before releasing their first record, "Softsqueakingernieonswing". Followed not long after by the highly energetic 4 track CD "Fastflavouredfartcore...." These records got the band noticed. They then started to play more or less everywhere in the Netherlands. Supporting the likes of Bad Religion, Offspring, Voodoo Glow Skulls, Ten Foot Pole, Dog Eat Dog and Shelter to name but a few. Their biggest break at the time was playing the Lowlands festival in '96. Around the same time Ignition Records released their debut full length "Their Greatest Adventures." Epitaph recognised the blossoming talents of the band and signed them in the summer of 1997 before re-releasing "Their Greatest Adventures" in November of that year. Undeclinable Ambuscade then embarked on what may be indeed one of their greatest adventures so far; writing their Epitaph debut. After 9 months of hard work, fine song writing, booze, cigarettes and some damn fine coffee, One For The Money came screaming from the bloody womb of RS 29 studios. Produced with a full on, in yo' face sound by Oscar Holleman (Gorefest) and Menno Bakker (NRA, Human Alert). One For The Money takes you through tales of anger, confusion, love, despair, discrimination and death. "Going Crazy" where a groupie takes her dreams just a step too far. Then there's the testicle shriveling "Trapped," about a girl who desperately wants to be a one of the boys. One to Di for, "Chatterbox," a hell of an explosive song against landmines. "7 Years," straight from the heart, taking you into the cataclysm of the notorious 7 year itch. Later the changed there name in Undeclinable because everyone called them like that. They released Sound City Burning under that name. Lead singer Jasper quit the band while they where recording a new album. They have a new singer now, Erik van Haaren, and are known as The Undeclinables Read more on Last.fm. User-contributed text is available under the Creative Commons By-SA License; additional terms may apply.