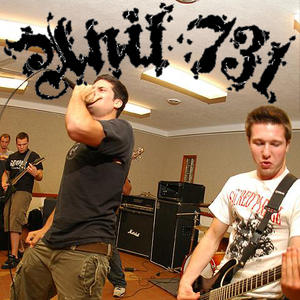 There are more than 1 Artists called Unit 731. 1. Unit 731 is a band from Pittsburgh, PA. They released there first full length "A Plague Upon Humanity" in late 2007 and their 2nd album "Res Ipsa Loquitur" in 2010. They have Influences from Bands like All Out War, Sworn Vengeance, Built Upon Frustration, No Retreat, and Dying Fetus. Line Up: Chris - Guitar Dan - Guitar Jeremy - Drums Eric - Vocals http://www.myspace.com/unit731pa 2. Unit 731 is a Thrash/Death Metal band from Finland. Founded in summer 2006 by Matias and Simo. Later Toni and Jussi joined the band. Influences are Nile, Opeth, At The Gates, Slayer, Bloodbath. You can listen song by the following link: http://www.mikseri.net/artists/?id=61307 Homepage: http://koti.mbnet.fi/unit731/ 3. Unit 731 is an industrial/powernoise act influenced by Women of the SS, Death in June, NON... 4. Unit 731 — alter ego of Irish hardcore techno producer Seán Cooper with only one release "The First Strike EP" (Audiovoid Recordings — AVR-303, 2006). Read more on Last.fm. User-contributed text is available under the Creative Commons By-SA License; additional terms may apply.