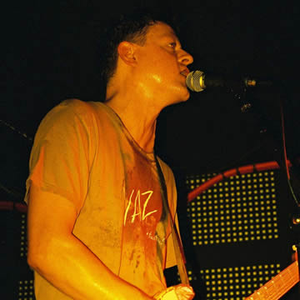 1) Hailing from Sweden with roots from Cape Verde, the producer duo have already produced music for a large number of Swedish artists, and with their separatist music project Studio XX, the sisters stand in the forefront of the musical revolution in Scandinavia: creating equality and changing the statistics with every new piece of music they put out. The duo's eclectic productions and Afro-futuristic sound has definitely made them an act to keep a close eye on 2018. Mixing both instrumental tracks with alternative pop tunes, the duo draws inspiration from classic Cape Verdean music styles such as Morna, Funaná and Batuque. With a bag of singles released on their own label Kinship Music the duo released their seven track season based collection “NECESSARY, Pt. I” earlier this year. VAZ are also the creators and sole owners of the all female platform and network Studio XX - a way to create paths and opportunities for fellow female producers, artists and songwriters - in a male dominated music industry, changing the way art is created and perceived. 2) Minnesota’s Vaz is one of the rock ‘n roll nuts and represents another major score for the little NYC label that could. Relatively established in their own right, Vaz was founded some time in the late-ish 90s by refugees from the highly influential noise rock band Hammerhead. Originally touring about as a two-piece duo, Vaz was generally lumped together with other noise-ified bare-bones rock acts like Lightning Bolt, early Hella, and Pink & Brown. Read more on Last.fm. User-contributed text is available under the Creative Commons By-SA License; additional terms may apply.