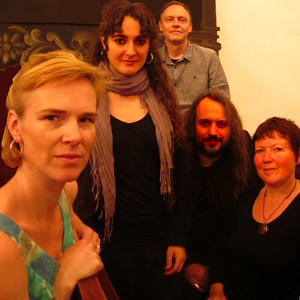 About Via Artis Konsort VIA ARTIS KONSORT is an international ensemble with the musical focus aimed at the undiscovered treasures from the late Medieval to early Classic period. Via Artis Konsort explores the form and substance of the early music with a special emphasis on timeless concepts such as sonority, improvisation and pulse. The ensemble is formed by skilled musicians from Denmark, Sweden, Spain and Poland. The ensemble leans primarily on its own investigation. which centers on the ancient skills of improvisation and embellishment.  The ensemble was founded in 2004 and has offered more than 200 concerts since then. The instruments played by the ensemble are: Mezzosoprano, soprano, harp, viola da gamba, portative, historical keyboards, pipes and tabor, persian and arab ney, santour and an ample range of percussion. Read more on Last.fm. User-contributed text is available under the Creative Commons By-SA License; additional terms may apply.