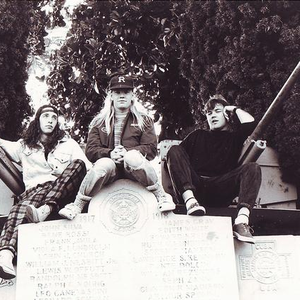 Victim's Family was a punk band formed in 1984 in Santa Rosa, California, USA by bassist Larry Boothroyd and guitarist and vocalist Ralph Spight. Drummer Devon VrMeer completed the trio. Their sound blended hardcore punk, heavy metal and jazz, making them difficult to categorize into a single genre. All Music Guide says, "since its inception, the trio has refused to be pigeonholed to any single musical style — incorporating elements of hardcore punk, jazz, funk, hard rock, and noise into its challenging sound." They were known as one of the most musically diverse bands in the San Francisco, California underground music scene. Over the years, Victim's Family went through four drummers and two breakups. Their name was taken by a piece by cartoonist B. Kliban. Their debut release Voltage and Violets came out in 1986 on Mordam Records. Since that album there have been five others before this new one. Then after six albums Victims Family disbanded in 1994 or so it seemed. In 1996 Ralph Spight and Larry Boothroyd continued playing together under their new moniker Saturn's Flea Collar releasing a single and an album on Alternative Tentacles. Then they recruited a new drummer and formed The Hellworms and released Crowd Repellent in 1998. With the departure of Hellworms drummer, Ralph and Larry decided to revive the VICTIM'S FAMILY name as an umbrella under which to play both old and new material from all three bands. After months of frustrating drummer auditions, David Gleza (ex-of My Name) was recruited and the trio began writing and Apocalicious was recorded. Apocalicious features all new songs and shows the band branching out adventurously into areas they have explored since their inception such as punk, math rock, progressive and jazz-core. Living up to the album's title, Apocalicious breaks new ground without disappointing. Read more on Last.fm. User-contributed text is available under the Creative Commons By-SA License; additional terms may apply.