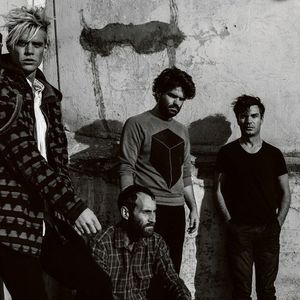 Viet Cong are now Preoccupations. Since Women's dissolution, the members of the Calgary band have gone on to form various projects, and this includes Viet Cong. Formed in 2012 The group features Matt Flegel and Mike Wallace from Women, along with Daniel Christiansen from Sharp Ends and Scott Munro from Lab Coast/Reuben and the Dark. Following a scattering of live shows, their debut EP "Cassette" was released in 2013. The songs bear some resemblance to Women, with sounds ranging from the atmospheric psych folk of "Static Wall" to the jangling haze of "Unconscious Melody," the garage-y bounce of "Throw It Away," the jagged experimentalism of "Structureless Design" and the moody sprawl of "Select Your Drone." In 2015, Viet Cong released their eponymous debut album. Read more on Last.fm. User-contributed text is available under the Creative Commons By-SA License; additional terms may apply.