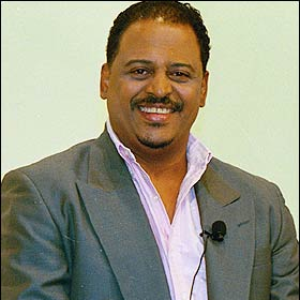 Wilfrido Radamés Vargas Martínez (born April 24, 1949) is a merengue musician from the Dominican Republic. His compositions were instrumental in making the fast polyrhythmic merengue style a worldwide phenomena. Born in Altamira, Puerto Plata, Dominican Republic, Vargas began his musical studies early, attending the Municipal Academy of Music beginning at age 10. He has been a trumpeter and a vocalist, but has also arranged, composed, and led his band, and is also a producer. He began his career with the band "Wilfrido Vargas y sus Beduinos" by recording his first album in 1974. During the 1980's he had international commercial success with songs such as: "El Barbarazo", "El Jardinero", "La Medicina", and "El Loco y La Luna" (which was nominated for a Grammy in 1989). Today Vargas is one of the best-known merengue singers in all Latin America with hit songs such as "El Africano", "Abusadora", "Comejen", "A Mover la Colita" and "El Baile del Perrito". Read more on Last.fm. User-contributed text is available under the Creative Commons By-SA License; additional terms may apply.