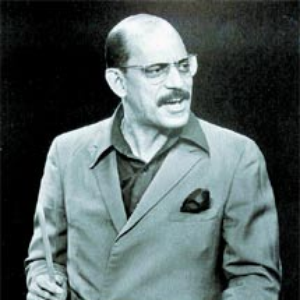 Willie Rosario a.k.a. "Mr. Afinque" (born May 6, 1930 in Coamo, Puerto Rico) is a musician, composer and bandleader of salsa music. Willie Rosario Rosario (born Fernando Luis Rosario Marin) was raised in a poor but, hard working family. His parents realized that as a child Willie was musically inclined and had him take guitar lessons at the age of 6. He received his primary and secondary education in his hometown. His mother also had him take saxophone classes, however what he really was interested in was the conga. In 1946, he formed a band called Coamex but, a year later when he was 17 years old, his family to moved to New York City. The family rented an apartment in a Manhattan ghetto known as Spanish Harlem. Rosario came into contact and played the conga for various orchestras. After he graduated from high school he continued his education and studied journalism and public relations. On one occasion Rosario visited the famed Palladium Ball Room in New York, where Tito Puente was playing the timbales. This was the beginning of his love affair with that instrument. He was 22 years old when he took classes with percussionist Henry Adler. In 1959, Rosario organized his first band and played for three years in the Club Caborrojeño in New York. When not playing, he would work as a disc jockey for WADO, a Spanish speaking radio station in New York. In 1962, he signed with the Alegre Record Label and traveled and performed with his band in Venezuela, Panama, Colombia, Mexico, Curaçao, U.S. Virgin Islands and all over the United States. He opened the Tropicana Club in New York in association with fellow Puerto Rican Bobby Valentin. Among his best known compositions are "De Barrio Obrero a la Quince", "El Timbal de Carlitos", "Mi Amigo el Payaso" (My friend the Clown), "El Revendon", "Lluvia" (Rain), "Cuando No Hay Cariño" (When there's no Love). Plus, he also composed the following jazz tunes "Flip, flop", "Stop and go" and "My Favorite Thing". Rosario also produced the following songs with the participation of Gilberto Santa Rosa, Tony Vega, Papo Lucca and Bobby Valentin; "Latin Jazz Go-Go-Go", "El Bravo soy Yo" (I'm the tough guy), "Too Too Much" and "Willie Rosario y su Ritmo". Among the awards and recognitions bestowed upon Rosario are a nomination in 1987 for a Grammy Award for his song "Nueva Cosecha" (New Harvest), various Gold and Platinum Records, the Golden Agueybana Award, ACE, Diplo and Paoli Awards. In 2000, the Puerto Rican Senate paid tribute to Willie Rosario in recognition of his 40 years in the field of music. In 2002, Willie Rosario was inducted into The International Latin Music Hall of Fame. Wllie Rosario's last production was "La Banda Que Deleita". He continues to play small venues in the San Juan area, having last been seen performing at Shots Bar & Grill in the Isla Verde Mall in late October 2006. Read more on Last.fm. User-contributed text is available under the Creative Commons By-SA License; additional terms may apply.