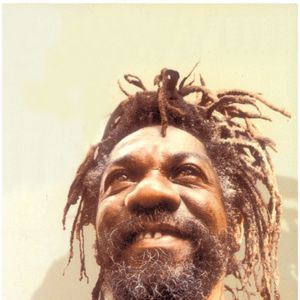 The son of a preacher, Winston was born in 1957, in the hills of Manchester parish, near Christiana, in Jamaica. His parents were very fond of music and it was only natural for him to sing in church. After his father died in 1971, Winston left his native home and moved to Kingston, where his sister was a teacher. In this new city environment, he became friend with Hugh Mundell, Earl Sixteen and Wayne Wade. Because he was sure of their talent, he went with them to their first auditions and even wrote some of their first songs, like Earl Sixteen's "Malcolm X", later taken up by Dennis Brown. From 1975 on, after introducing his friends to famous producers such as Joe Gibbs, Derrick Harriott and Yabby You, Winston recorded several songs for Derrick Harriott, which in 1977 gave birth to his first album: "Pick Hits to Click". Soon after, in 1980, Winston recorded a second album, "What a Man a Deal With", for Top Ranking, label of the group Inner Circle (Ian Lewis and Bernard Touter Harvey). He was very close to Jacob Miller, with whom he shared the same energy and enthusiasm, and was even approached to replace his friend in the band after his tragic death... In 1986, he recorded another album with Inner Circle, "Electric Dread", produced by Keneith Black. The same year, he created his own band, The Black Kush, along with his brother Tony "Makaruffin" McAnuff - now pursuing his career in Japan where he's been living for 15 years - Anthony Wilson and the bassist Peter Kush. They recorded 2 singles for Channel One, featured in the English documentary "Deep Roots Series" and toured in Europe. Since then, Winston has played with his children (the eldest being a drummer, the second a D.J. and the youngest a singer) as well as with other young musicians, like the members of Gumtion Band, a Kingston band with a solid reputation. He has also travelled a lot. He's been to Japan - where he toured several times with his brother and more recently with Derrick Harriot and Junior Murvin -, to the United States in 1987 - where he co-featured with Don Johnson and Philip Michael Thomas in "Miami Vice" (episode 72, "The Big Thaw", in which Japanese guys freeze an imaginary equivalent of Bob Marley!!!) -, but also to England, France and anywhere Reggae calls him... In 1999, he met the future Makasound crew, a label born in 2001. Since then, Makasound reissued two of his albums, "Diary of the Silent Years" (in its second release between your hands) and "What a Man Deal with". In 2002, he shared the New Morning stage with Derrick Harriot for a unique concert. Since then, Winston also participated in two of Horace Andy and his Home Grown Band national tours, as well as in many isolated concerts and sound-systems. In the meanwhile, Winston recorded a dozen titles for English producer Mad Professor, an album with producer Gussie P ("Bless Up" to be released soon), and another with French dubber Manutension from the Improvisator Dub crew. He also made a featuring on two tracks from Nzela latest album, "Toyé", released in April 2005. In 2002, the live at the New Morning was the occasion of a surprising encounter between Electric Dread and Camille Bazbaz, that would give birth, 3 years later, to the amazing album "A Drop: Winston McAnuff & the Bazbaz Orchestra" (Black Eye / Discograph - 2005), released the 23rd of May 2005. An album recorded between France and Jamaica that now sends Winston McAnuff and the Bazbaz Orchestra on the roads of France. "NEW ALBUM " PARIS ROCKIN' IS OUT NOW so Winston McAnuff is ON TOUR promoting his current release. myspace.com/winstonmcanuff Read more on Last.fm. User-contributed text is available under the Creative Commons By-SA License; additional terms may apply.