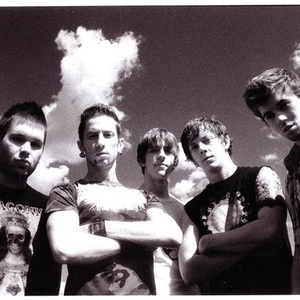 Metalcore band from Minneapolis, MN. With Dead Hands Rising initiated their collaboration in the summer of 2001. As the creativity came together and the musicianship improved, listeners started to take notice. With growing popularity the band's dedication increased and after the release of the critically acclaimed debut full length, "Behind Inquisition", followed by "The Horror Grows Near" (A six song EP released in 2004), the band decided to take things a bit more serious. With the addition of a technically superior drummer the band explored fresh territory and began writing more technically complicated songs. Then came a few line-up changes that led to an even greater extension of the technical and musical possibilities. Now, after several successful tours that have taken the band virtually everywhere in the US and parts of Canada, WDHR will continue to spread their message of dynamic heavy metal, bringing their breakdowns to the brink, structuring songs with death metal slants and inciting moshy metalcore, and pushing the traditional lyrical growl to a new level of brutality. As WDHR continues their assault across the spectrum they are catapulting forward. Broken up as of 2009. Read more on Last.fm. User-contributed text is available under the Creative Commons By-SA License; additional terms may apply.