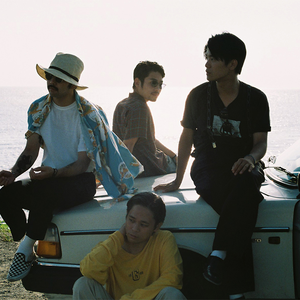 Tetsushi Maeda, Kengo Kakudate and Naoki Yazawa* are Yogee New Waves. Formed in mid-2013 by Kakudate and Yazawa, the band's first show took place later that year when they reached the final of the emerging band competition at Summersonic Festival. Their first album "Paraiso" was released in 2014 and later featured on a number of Album of the Year rankings. Following numerous festival performances, the band put out a handful of releases in 2015, which culminated in their first solo show at WWW in Shibuya. * Yazawa announced he was leaving the band in January 2017. Read more on Last.fm. User-contributed text is available under the Creative Commons By-SA License; additional terms may apply.