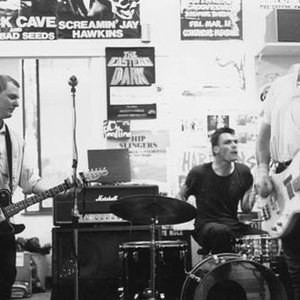 feedtime was an independent punk-rock trio from Sydney, Australia, formed in 1979. The name is spelled with a lowercase f. The members were credited by their first names only: Rick (guitar, vocals), Al (bass), and Tom (drums). feedtime made four albums in the 1980s. Initially they recorded only for Aberrant Records in Australia, but their second through fourth albums were released internationally by the legendary indie label Rough Trade. The second album, Shovel, received the greatest critical acclaim. The last of these four albums, Suction, was produced by Butch Vig. feedtime's sound was loud, primitive, and brutal. The most distinctive musical element is thick, roaring electric guitar, played with a slide, over a thick, chugging rhythm section. Their loud but stripped-down, minimalist approach led them to be compared to the British postpunk band Wire (although feedtime didn't know Wire's music, but feedtime's sound also heavily referenced rural American country and blues. A large influence from classic rock is most easily heard on their covers LP Cooper S on which they covered the Rolling Stones and the Animals in addition to punk forebears like the Ramones and the Stooges. Bruce Griffiths of Aberrant Records describes working with feedtime: "The bands that have given me the most satisfaction to work with... Possibly the most satisfying was feedtime, because they became extremely close friends as a result of working with them, and I guess part of the satisfaction with them was the fact that they achieved recognition; they were licensed to Rough Trade in America, they're now licensed to Vinyl Solution in England and Europe, to Megadisc in the Benelux countries in Europe, so I guess that was satisfying in the way things happened, and a lot of people as a result of my involvement and us working together came to appreciate this band that I thought was really special." feedtime surfaced again in 1996, with a different drummer, for a reunion album Billy (for Amphetamine Reptile). Read more on Last.fm. User-contributed text is available under the Creative Commons By-SA License; additional terms may apply.