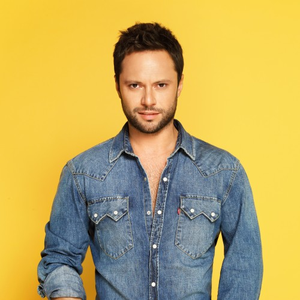 Özgün Uğurlu (born October 19, 1979 in Eskişehir), commonly known as Özgün, is a Turkish pop singer. He first debuted in 2005 with the album "Elveda". When he was 8 he joined the Eskisehir Anatolian Universities Choir for children. Even at that age Ozgun’s dream was to enter conservatoire. He made that dream come true when he entered the entrance exam at 11 and got a place in the viola department. During his education at the Ankara State Conservatoire he taught himself guitar and at 16 Ozgun began to earn money from playing guitar while singing. At first, he was playing in cafes and then he began to play in bars. Following very positive feedback after his first bar performance and due to his young age Ozgun began making demands that the bar owners didn’t appreciate and his slot was cancelled. However, he didn’t give up and created a mini orchestra of 5 people and started playing regular gigs and became quite popular. After having to do a little catch up for his studies Ozgun successfully finished his Viola degree. Once graduated Ozgun received an offer from the conservatoire which he accepted and stayed with the conservatoire while working on his personal work at the same time. He then joined the presidential symphony orchestra and soon after also joined his conservatoires chamber orchestra. It was during this period that Ozgun began writing original material; his first song ‘Elveda’ and the ones to follow were all met with positive feedback. With some of his friends from the orchestra he recorded a 5 track demo which featured Elveda, Gunahkar, Yanarim, Yillar Yili and Eyvah. Taking his demo in hand he began to venture to Istanbul. Ozgun found luck when his demo was heard and he was offered an album deal. With the addition of a couple of new songs his debut album ‘Elveda’ was released in 2005. Elveda Seytan, Yanarim, Kandirman Lazim, Gunahkar, Ask Cicegi that are featured on the album all became hits and were endlessly shown on music channels and aired on the radio. Ozgun has won over 40 different awards for Breakthrough artist, best song, best composition, best male artist and best video from award ceremonies such as Altin Kelebek, Powerturk music television, Istanbul FM etc. For his second album ‘Nöbetçi Aşk’ that came out in 2007, Ozgun collaborated with musicians such as İskender Paydaş, Isra Gulumser, Murat Cekem, Tolga Kilic. Read more on Last.fm. User-contributed text is available under the Creative Commons By-SA License; additional terms may apply.