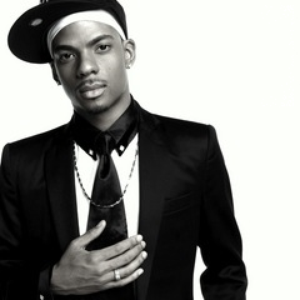 JERO (born Jerome Charles White, Jr., on September 4, 1981) is an enka singer, as well as Japan's first African-American enka singer, signed to Victor Entertainment. JERO was born in Pittsburgh, Pennsylvania. His mother was half-Japanese, and his Japanese grandmother got him interested in enka music from a young age. He first went to Japan at age 15 to participate in a Japanese language speech contest. In high school he was captain on the dance team. He enrolled in the University of Pittsburgh, majoring in information science, and graduated in 2003. During this time, he went on a three month exchange to a university in Kansai, and during his stay was when he decided he would become an enka singer. After graduating, he returned to Japan and worked as a teacher at an eikaiwa school in Wakayama-ken, as well as being a computer engineer in Osaka. In his spare time he appeared on NHK singing programs, and entered many karaoke competitions and winning an array of awards. In particular, he entered a karaoke competition sponsored by Sakamoto Fuyumi and won first place, which is what caught the eye of Victor and got him scouted. He practiced for two years, and finally in February 2008 debuted with the single Umiyuki. In contrast to his music JERO usually maintains the outward appearance of a hip-hop artist. Read more on Last.fm. User-contributed text is available under the Creative Commons By-SA License; additional terms may apply.