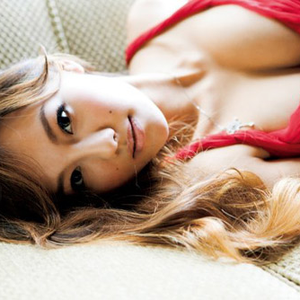 Nana Tanimura (谷村奈南, born September 10, 1987) is a Japanese pop artist signed to avex trax's SONIC GROOVE sublabel. Between the ages of 3 and 8, Tanimura and her family moved between Japan, Los Angeles, and Hawaii due to her father’s work schedule. During this time, Nana attended a concert of Michael Jackson’s in Hawaii, which inspired her to become a singer. With music loving parents and her fondness for piano, Tanimura’s talents quickly developed. Tanimura Nana was signed to the Japanese record label avex in 2007, and is currently working on a debut album while attending Aoyama Gakuin University Department of Law. She Debuted on May 30th with her first single “Again”, which debuted at 55 with almost no promotion, and charted for 5 weeks selling about 5000 copies, her Second Single “Say-Goodbye”, an R&B inspired tune was released on November 11th (six months after her debut single) selling only 600 copies and ranking 105 in the charts. In May of this year, her 3rd Single,showing a different side of Nana, “JUNGLE DANCE” was released. described as a Latin-pop/dance inspired song. this was the first single that Nana got the chance to promote a lot, performing in big music shows such as HEY!HEY!HEY!(and also being the Ending Song for that show on April and May). with JUNGLE DANCE, she did her first top 15 single, making it, her biggest seller single til now. Due to the relative popularity Nana has been getting thanks to JUNGLE DANCE, avex announced her 4th Single “If I’m not the one“, to be released in three different formats, including 2 music clips + making ofs, posters and first press content this August 13th. When the single was released, it reached 5# in the Oricon Singles Daily Chart, making it the very first Nana’s top 5 debut single, at the end of the week, for the weekly charty, “If I’m not the one/SEXY SENORITA“ ranked 8# selling almost 18,000 copies in just one week , selling around 140% more than JUNGLE DANCE’s first week. the same week, “JUNGLE DANCE” was still charting, making that it’s 14th week. due to the new single release JUNGLE DANCE climbed about 90 spots in the oricon singles weekly chart, ranking 70#-something for the week. the last day of the week, JUNGLE DANCE was back again in the daily top 50. Tokyo, Japan in 2007. www.tanimuranana.com. fansite: http://community.livejournal.com/tanimuraga/ Read more on Last.fm. User-contributed text is available under the Creative Commons By-SA License; additional terms may apply.