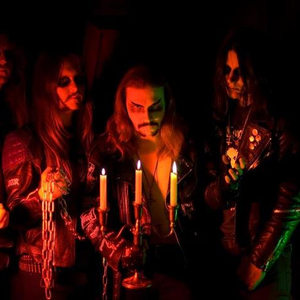 1. Attic is a German heavy-metal band, mainly influenced by Mercyful Fate and King Diamond, founded in 2010 in Gelsenkirchen/Lünen. They released their first album, "The Invocation", in 2012. 2. Attic consists of Nicolas (Drums), Jency (Bass), Simon (Guitar) and Yuri (Vocals). While they were all 14 years old, they competed in the Belgian preselections for the 2006 Junior Eurosong Contest. 3. There is also a band called Attic that made 2 releases in Brain Boosters Records and participated in the "South Specific" compilation LP from 1980 along with acts as Renaldo & The Loaf. 4. A Blackened Progressive Death Metal band from Grants Pass, Oregan - U.S.A. 5. USE THE CORRECT TAG FOR for ａｔｔｉｃ Japanese Visual Kei artist ａｔｔｉｃ also under the name Ｊｕｎ. He also used to be in several bands: Se'lavy, Mar'derayla, Phantasmagoria, spiv states and GOTCHAROCKA Read more on Last.fm. User-contributed text is available under the Creative Commons By-SA License; additional terms may apply.