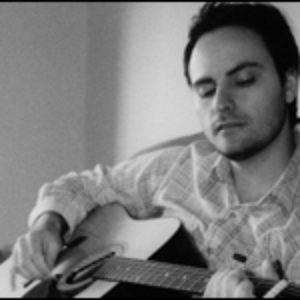 Singer/songwriter Bill Ricchini was born in Philadelphia, PA, on January 22, 1974 . Though indie rock was his main interest when he began writing songs while attending college at La Salle University in Philadelphia, it was his parents' record collection -- the Beatles, the Beach Boys, the Ronettes -- that would influence his debut album, Ordinary Time. Ricchini initially got his start recording his songs on a four-track and sharing them with friends. Following college, he worked as a freelance music writer for the Philadelphia Weekly and Philadelphia Inquirer but quit in 2001 to focus on music full-time. He recorded Ordinary Time that year on his home computer at his south Philadelphia apartment. Ricchini contributed vocals and acoustic guitar parts, adding synthesizers, tambourine, cello, trumpet, sleigh bells, vocal harmonies, even a children's toy xylophone, not to mention parts from his band (Bill Avayou, drums and percussion; Brian Christinzio, organ, Fender Rhodes, harmony vocals; Chris Doyle, electric guitar; and Nathan Slabaugh, trumpet), recording some songs that contained as many as 30 tracks. Dinner party music on a cold winter's night in Vermont. "This is a summer record about the winter," Ricchini wrote in the album's liner notes, referring to the summer he spent recording an album that evokes winter's chill and endless nights. Ordinary Time, the Catholic Church's term for calendar days that do not fit into the Advent or Lent seasons, manages to balance its arrangements, orchestration, and affection for '60s California pop with the intimacy of the singer/songwriter and folk forms. Ordinary Time was self-released as a demo in 2001 and generated a buzz in Europe as well as the United States, being named the Best Unreleased Album of that year by Salon.com. Ricchini signed a record deal with Megaforce/Transdreamer Records and Rykodisc to release Ordinary Time in October 2002 with an additional track and remastered sound. Read more on Last.fm. User-contributed text is available under the Creative Commons By-SA License; additional terms may apply.