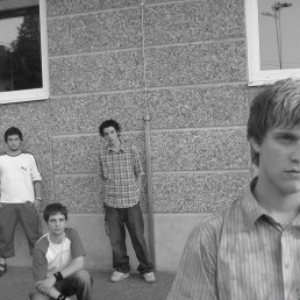 There is more than one artist with this name: 1) Blindfold is made up of four young vivacious Icelandic Londoners' who have been creating their music that is drawing comparisons to Radiohead, Muse and Sigur Ros amongst others but with their own trademark sound and style. They have a passion for exploring new sounds and creating mesmerising songs, made by a vast mix of textures carefully crafted on only guitars (Sven), bass (Teitur) and drums (Friðrik). This alongside the enigmatic vocals of frontman & composer Biggi Hilmarsson is truly provoking and real. You have to experience them live and on record to understand why they will have real longevity and continued rave reviews. Blindfold are creating their own distinctive and un-paralleled cross genre music. The debut album ‘Blindfold’ was received with un-precedented positive response and now their forthcoming new album is eagerly anticipated featuring the superb singles ‘Faking Dreams, Sad Face & Fit You‘ 2) Blindfold is a Hardcore band from Belgium. They were highly active in the underground hardcore scene around Kortrijk in the mid to late nineties (H-8000 scene). They played a blend of hardcore and emo with smart political and personal lyrics and lived a drug free lifestyle. Thus their music was aptly self-proclaimed “Sober Mind Meditation”. They toured Europe a few times, most notably being the tour with Congress and Liar called Steel Against Steel. They released two full-lengths, a couple of 7”s and a live LP called “Live At The Vort’n Vis Festival”. 3) Blindfold is a Progressive / Metalcore band founded and located in Athens,Greece. They were formed in 2007 by Nick Mavromatis (bass guitar, vocals) and Alex M. (guitars). A fair amount of line up changes took place while Blindfold were trying to enhance their sound and spot musicians capable to cope with the requirements Nick and Alex had set for the band.In 2011, after many audiences with musicians, the band had taken it's final formation. Andrew Bakatsias (drums) and Ody Kalogirou (keyboards) have filled the gap . As a band, Blindfold try not to set any limits within their music, incorporating various music elements in their style.From sweet, ambient melodies and harmonies to heavy, djent and technical riffs and solos.Combining clean melodic vocals with screams Blindfold tend to reach the hearts of not only metal fans. Right now the band has finished working on their debut EP Neurosis : Origins and getting ready for its release to the modern metal world. Read more on Last.fm. User-contributed text is available under the Creative Commons By-SA License; additional terms may apply.