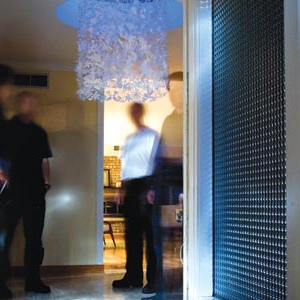 Bottomless Pit was formed in the fall of 2005 by erstwhile Silkworm members Tim Midgett and Andy Cohen. Their longtime friends Chris Manfrin (Seam) and Brian Orchard (.22) complete the quartet. 2007 finds the group playing "their blues" - soulful, emotionally intense, and often transcendent postpunk that is as inviting as it is bracing. "Hammer of the Gods" is the first Bottomless Pit album. It is the first release from New Jersey's Comedy Minus One records. It was released November 6, 2007. It was followed by the "Congress" EP and albums "Blood Under the Bridge" and "Shade Perennial". On July 24th 2014 Tim Midyett announced the band was going on indefinite hiatus VIA their Facebook page. Read more on Last.fm. User-contributed text is available under the Creative Commons By-SA License; additional terms may apply.