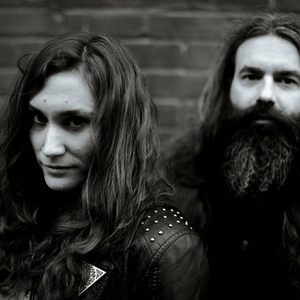 There are currently 5 artists/bands named Castle: 1. Castle is an American doom metal band from San Francisco, CA with a female vocalist. They released their debut album In Witch Order in 2011. The follow-up album Blacklands was released in June 2012 via Ván Records in Europe and Prosthetic Records in the US. 2014 saw the release of the single Second Coming / Labyrinth of Death 7" in February followed by their third full length album,Under Siege (Prosthetic/Ván) in May. Current line-up consists of: Al McCartney - Drums Mat Davis - Guitars Elizabeth Blackwell - Vocals, Bass 2. Castle is an American rapper/producer from North Carolina. He released his debut full project ''Ditch Effort'' in 2011. After catching the attention of the label Mello Music Group, Castle later put out his ''GasFace'' album in 2013. Castle is closely affiliated with labelmate rapper/producer Has-Lo. Who is said to be one who pointed the label in the direction of Castle's music. Castle has several EPs, instrumental albums, and remixes that he has released since signing with Mello Music group. 3. Castle is another American doom/stoner rock band from Minneapolis, MN. Their first line-up included Tim Jewell, a former member of Saqqara & The Spirit of Versailles. He is now in The Smoke & Mirrors band. After the departure of Tim, they started sounding less doom-y, and more rocking. With the first line up, Castle released a 3 song EP called Electric Wolves on Init Records in 2006, which is now out of print. 4.Castle was a doom/death metal band formed in 1987 in the Netherlands. They released 2 demos and one full-length album: Chasing Unicorns (Demo 1991) In Purple Visions (Demo 1992) Castle (1993) Songs on their debut album were; 7th Empire, Emperors Children, Alter Reality, Exposed, Travelling, Castle and Bridge of snow. On their forthcoming re-release in 2013 will be 2 bonus tracks; "The Lake" and "Unicorns I have known". Line-up: Eric- Vocals Lucien- Bass Ilja- Lead guitar Richard- Guitar/Keyboards/Piano Jean-Marie- Drums In August 2012 Castle remixed the original master tapes and a re-release of their original album is scheduled in early 2013. Work-title; Castle In Ruins. It will have 2 songs from the 2nd demo (also remixed) as bonus tracks on the CD. Eric, Vocals uploaded 7 live songs and 3 remixed tracks to Youtube: http://www.youtube.com/user/Elkerlyc/videos Apart from this CD re release in limited numbers Castle (the Dutch) has no plans to reform and/or make music together at the moment. 5. Castle is an alias of artist Eric Lutz. Read more on Last.fm. User-contributed text is available under the Creative Commons By-SA License; additional terms may apply.