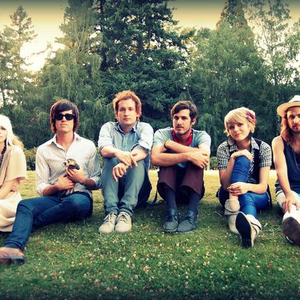 Castledoor was an independent band based in Silverlake, California, formed in September 2004. The band consisted of Nate Cole (lead vocals/acoustic guitar), Gabriel Combs (guitars/keys/vocals), Brandon Schwartzel (bass), Joel Plotnik (drums), Lisa Cole (keys/vocals), and Coury Jane Combs (vocals/synth) produced a unique, organic, melodic genre of music. Originally, they were only releasing music through their MySpace (http://myspace.com/castledoormusic) and PureVolume (http://www.purevolume.com/castledoor) profiles, however on July 25, 2006, they released their debut EP, Follow the Dove - EP on CDbaby.com. In October 2006, the EP was added to Apple's iTunes online music store. iTunes is currently the only way to purchase Follow the Dove because it has been sold out since late March 2007. Castledoor went into the studio in February 2007 and is expecting to release a sophomore project soon. Nearly two years after the release of their first EP, they release a 7 inch purple with three new songs: Dumpster Diving, Nightlight, & We Will. In March 2009 we finally received details on their first full length album via their Myspace blog and on April 21st, 2009 Shouting At Mountains was released on iTunes as well as at CDbaby.com The band disbanded in February of 2010. In July of 2010 drummer Joel Plotnik posted to the band's Facebook page that "most of the band has moved on to new musical adventures." Read more on Last.fm. User-contributed text is available under the Creative Commons By-SA License; additional terms may apply.