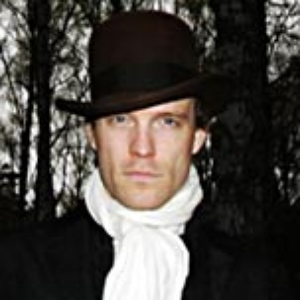 David Sandström was the drummer for the punk/hardcore groups known as Refused from Umeå, Sweden. After Refused broke up David and the other members worked on a project entitled TEXT and released one album. Then David went on to do solo work. His first release was called Om det inte händer nåt innan imorgon så kommer jag was released in 2000. "Om det.." is about David's grandfather, and was sung in Swedish. David's second album, The Dominant Need of the Needy Soul is to Be Needed was released in 2004 where he worked with Frida Hyvönen. His third album is Go Down and was released in May of 2005 under the name David Sandström Overdrive. The band now consists of David Sandström, Oskar Sandlund, Lars Eriksson and Frida Selander The first album in its entirety is available for download on David's old website. The website is in Swedish but the songs are under the section "Musik". http://www.demonbox.com/david/ - old site, where Om Det is for download http://www.myspace.com/davidsandstromoverdrive - Official Myspace http://www.myspace.com/davidsandstrom - fan run, but he seems to have a connection to David. Read more on Last.fm. User-contributed text is available under the Creative Commons By-SA License; additional terms may apply.