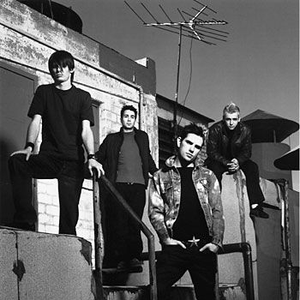 Die Trying was a four piece rock band formed in 2001 and based in Sacramento, California. After signing a contract with Island Records in 2002, they released their first single, "Oxygen's Gone", followed by their self-titled debut album on June 10, 2003. Jacoby Shaddix of Papa Roach appears on the song "Conquer The World" from that album. The bands name comes from their relentless effort in trying to make it and willingness to do anything. They would either make it or "Die Trying." "Die Trying" (produced by Neal Avron) reached critical success having been on the Billboard Top Heatseeker Albums for 10 weeks with a peak position at #14. The lead single "Oxygen's Gone" received heavy video airplay on MTV, MTV2, and Fuse. It also was able to land spots on Billboard's Hot Mainstream Rock Tracks for 8 weeks with a peak position of #35, along with Billboard's Modern Rock Tracks for 6 weeks with a peak position of #29 Die Trying disbanded thanks to what the band states as "shitty management, drugs, lawsuits, band drama, and all kinds of bad luck" in 2004. In 2006, they reformed as Vanity Kills. In 2007, they changed name to the Sin City Angels and then reverted back to the original name Die Trying. This was recently stated by Jensen: "I'm in the studio now actually. Hope to have new music later this year.." on 1/13/08 The band's Myspace page has not been updated or logged into for over a year, leading many to believe they have called it quits. Members: Jassen Jensen - vocals Jack Sinamian - guitar/vocals Joey Kuna - guitar Quentin Garcia - bass Matt Conley - drums Read more on Last.fm. User-contributed text is available under the Creative Commons By-SA License; additional terms may apply.