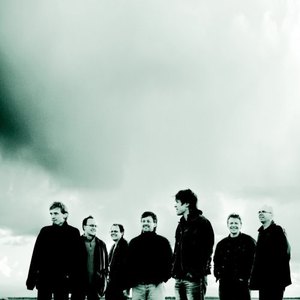 There are several bands with this name! 1. Exit - darkwave/gothic band Exit from Austin, TX - most recent album "The Way Out Is Through" - www.staticandlullabies.com 2. EXIT has been Finnish Christian rock band over 20 years. Their website is http://www.karavaanikulkee.net http://www.myspace.com/exityhtye 3. EXIT Alternative rock band from Westminster, California, with Steve Carson (now in Steve Carson Band). (http://www.myspace.com/exit1998) 4. Exit was a hungarian thrash metal band from Szolnok. (http://www.metal-archives.com/bands/Exit/46125) 5. EXIT's roots formed in 1997, when teenagers Courtney and Affa bonded over their love for The Beatles. In 1999, Pam and former singer Nikki signed on and by 2001, EXIT had established themselves as a no-frills U2 tribute band. Compelled from the start to write their own music, the band began gradually filling their sets with original tunes. EXIT soon proved to be a strong musical force within the Los Angeles music scene. Five years of experience later, the band has a new vocalist, Trevi, and is committed to honing their original sound, writing prolifically and performing more powerfully than ever before. For a young band, the influences that underlie EXIT's foundation are sturdy - U2, The Beatles, Peter Gabriel, Daniel Lanois, Pink Floyd and The Who inspire elements of EXIT's sound. Great respect for this music and the high expectations the band sets for itself show through in the quality of the songs and the passion revealed onstage. In a short time and mostly through live performances, EXIT has captured the interest of the media, music industry and fans worldwide. In November 2005, EXIT was brought onstage by U2 to play “Out of Control” at the sold-out Staples Center in Los Angeles. The band has been featured in the Los Angeles Times, Blender Magazine and on the TV show EXTRA. EXIT has performed in venues near and far: The Whisky-a-Go-Go, The Viper Room, The Key Club, The Rock ‘n’ Roll Hall of Fame in Cleveland, El Mocambo in Toronto, Canada, Sunset Station in Las Vegas, and Ameristar Casinos in Mississippi and Iowa. In December 2003, they had the honor of playing to USO and NATO troops on a tour of Bosnia and Kosovo. A desire to share their original material with their growing fan base compelled the band to enter the studio in early 2003. Written, produced and financed independently, the self-titled EP was finished just in time for a trip to Cleveland, where the songs made their debut on broadcast and Internet radio, thanks to Todd Richards of WBWC, who interviewed the band on his show. After a busy couple of years spent traveling, gigging and songwriting, EXIT returned to the studio in October 2006 to record their second EP due for release in December. The band anticipates the production of a full-length album in 2007. Trevi, Courtney, Affa and Pam are currently writing songs and performing in and around Southern California. Their website is http://www.exit-band.com 5. EXIT is also a French artist producing free music, http://www.exit-project.com/. 6. EXIT was also a band based in southeastern Wisconsin until their lead, Ryan McIntyre, decided to leave the band to pursue solo efforts. You can hear Ryan's and some of EXIT's music at http://www.ryanmcintyremusic.com/. Their bass player, John Williams also went on to pursue a budding music career under the name Hayward Williams. His music can be found at http://www.haywardwilliams.com 7. Exit is Czech rock group from Zdar nad Sazavou formed in 1995. The members are: Radim Pibil, Karel Sobotka, Pavel Slama, Vladimir Budik, Josef Mazanek. They play their own songs and songs from famous rock bands like AC/DC, Bon Jovi, Green Day, U2 etc. Two relased albums - 2000 and McSico contain 23 own songs. The website is http://www.exitrock.cz/ 8. Exit was also a post- punk/ death- rock group from Poland. 9. There was also a Hungarian thrash metal band under the name Exit, from the city of Szolnok. 10. EXIT is also a rock band from Slavkov u Brna playing since 1967 - but first called as "Wry'Faces. Years have gone and players changed the name of band to EXIT. In 2002 unfortunatelly died the singer Franta Koudelka, but band found the power of his voice in his son Jakub. Official webside of the band: http://www.exit-slavkov.cz/ 11. Exit was also the Earth-inspired drone guitar project of London resident Charles Holmes, responsible for two CDs on the Ché sublabel I. 12. Exit is also the name of the leader of the tribaltechindusludgoth band 99¢ Special, One Cent Left, Ephemeral, Nature's' Descending, and Disinvention. Read more on Last.fm. User-contributed text is available under the Creative Commons By-SA License; additional terms may apply.