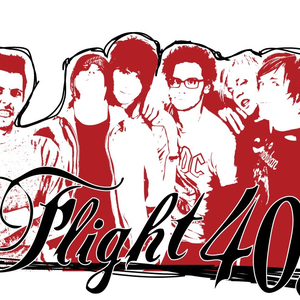 Flight 409 formed in 2005 and quickly became a fixture in the Fresno music scene. From rocking out on cardboard guitars to nation-wide tours with bands like Saosin, Poison The Well, and The Used, this group has proven that they are a force to be reckoned with. Eager and ambitious, they wasted no time recording a demo, playing at high schools, and passing out CD's. Almost immediately they were headlining in front crowds of over 300 people. Their drive and dedication landed them several dates on Vans Warped Tour and Taste of Chaos tour. In 2007, after spending over a year in the studio, Flight 409 released the full length album, "We Don't Dance" featuring the hit single, "Operator" on the independent label Something In The Water, U.S., and Radtone Records, Japan. The record has received much praise from fans and promoters alike for their catchy crowd-pleasing melodies, hard hitting guitars, unique instrumentation, and solid drumming; coupled with their energetic heart-felt live performances, Flight 409 should not be missed. The band consists of Andy Thornton (vocals), Justin Wiley (guitar), Todd Low (drums), Kyle Baker (guitar), Shaffer Young (bass), and Rick Mejia (keyboard). Flight 409 has come a long way in only a few years. With a bright future ahead, they are always finding new ways to promote themselves and further their careers as respected musicians and fascinating performers. Look out for Flight 409 as they head to your town this summer. You can find more information on Flight 409 at myspace.com/flight409 played their last show sadly in may of 09 rip flight 409 (2005-2009) Read more on Last.fm. User-contributed text is available under the Creative Commons By-SA License; additional terms may apply.