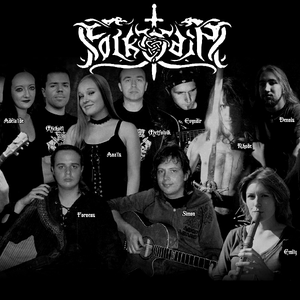 Folkodia were formed in the Autumn of 2007. The act is manned by musicians from highly distiguinshed veterans of the metal scene. Folkodia plays viking/folk metal in the vein of Folkearth. Antarctica as country means to say there is not one country of origin, it is an international project. 12 musicians from 9 different countries (Greece, Switzerland, Lithuania, USA, France, Ireland, Argentina, England, Italy) participate in Folkodia, notably musicians from Folkearth, Cruachan, Excelsis (Che), Sunuthar, Minhyriath, Frekkr, Hildr Valkyrie, Dol Amroth, Giltine's Gintaras, and other bands and projects. Folkodia released their debut album "Odes of the Past" in June, 2008 Read more on Last.fm. User-contributed text is available under the Creative Commons By-SA License; additional terms may apply.