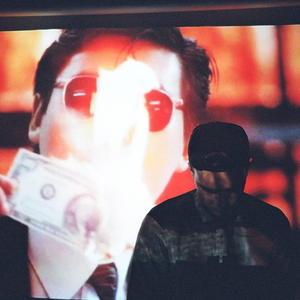 There are multiple artists that have recorded under the name Gila. 1. Gila was a German band that, like Amon Düül II and others, started out as a radical hippie commune. Springing out of Stuttgart, Germany in 1971, Gila's sound was based around the guitar talents of Conny Veidt, who was later a member of Popol Vuh. Gila's classic debut album, Gila (1971), is an instrumental improv spacerock extravaganza that can stand proudly alongside better-known works by Ash Ra Tempel, Pink Floyd or Amon Düül II. After much touring, Veidt disbanded Gila and joined Popul Vuh. But soon enough, he would pull Gila out of the mothballs for a second album, the less-radical-sounding Bury My Heart At Wounded Knee. They disbanded in 1973 Some "Krautrock" bands are a little bit over the top, and others are surprisingly great. Gila could jam out the blues with the best of them, but they never found the success that eluded them. Their best album,"Bury My Heart at Wounded Knee" was released in 1973. It seemed a little anachronistic for it's time. The music seemed to have more in common with psychedelic rock than what was going on with rock music at the time (This was actually somewhat common in Krautrock at the time). It's no surprise that this album has amazing vocals and multi-part harmonies. Excellent recording throughout. It uses American Indian themes and trances in the lyrics and music making for an awesome musical panorama."I'm reminded of vocal harmonies used by many of San Francisco's psychedelic bands during the late 60s; but Gila sound much more European(although they sing in English)."(Hedge) Florian Fricke of Popol Vuh even plays piano on "Bury My Heart at Wounded Knee" 2. Denver-based electronic producer Gila, a.k.a. Gila Monsta, was responsible for the beats in Gorgeous Children. He appeared on Rustie’s Green Language album. Gila produces instrumentals that re-contextualize Southern trap elements like deep 808 bass and stinging hats by placing them in new industrial atmospheres with Eastern influences. He released the slow trap EP Genkidama in 2016. Read more on Last.fm. User-contributed text is available under the Creative Commons By-SA License; additional terms may apply.