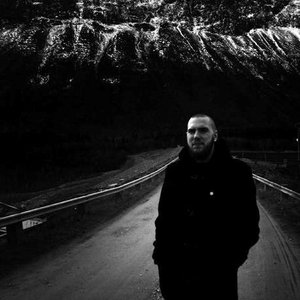 Kammarheit is a dark ambient project from Umeå, Sweden, founded by Pär Boström, who is also behind the project Cities Last Broadcast. Kammarheit's music paints lush soundscapes that are ominous, beautiful, and breathtaking, with industrial and experimental noises. Currently signed to the label Cyclic Law. Kammarheit started in early 2000 after a field recording session in an abandoned factory. Inspired by the atmosphere of that special place the first album “Shockwork” was recorded that very same night and this marked the beginning of one of Dark Ambient’s most respected act. The awe felt from these first field recoding ventures translated into a concise sonic vision. Over the course of the next 2 years, five more albums were to be recorded. These were not initially intended for official release, but created as a sleeping aid for Pär’s then incessant insomnia. With time these works were spread to close friends and contacts as very limited CD-R editions and have since been long sought after items. Remastered version of these six releases (carefully so, to keep the original intentions and atmosphere) were released as a box set by Cyclic Law in 2015. Official albums: Asleep and Well Hidden (2003) The Starwheel (2005) Previously unofficial and private works on tape and CD, which in 2015 were re-released as a 6CD box set through Cyclic Law: Shockwork (2000) Among the Ruins (2001) At the Heart of Destruction (2001) Somewhere Concealed (2002) The Downfall and the Arising (2002) The Northern Hymn (2002) Read more on Last.fm. User-contributed text is available under the Creative Commons By-SA License; additional terms may apply.