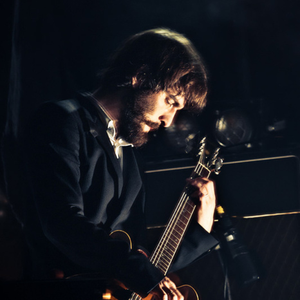 Kjartan "Kjarri" Sveinsson, born January 2, 1978, is a multi-instrumentalist who became famous with the icelandic post-rock band Sigur Rós. The instruments he plays range from classic rock instruments such as keyboard and guitar to unorthodox instruments like the banjo, oboe, tin whistle and flute. His side projects beside Sigur Rós include The Lonesome Traveller (covering Sigur Rós songs acoustically with Orri Páll Dýrason and Maria Huld Markan Sigfúsdóttir whom Kjartan married in 2001) and the solo composing of the score for the short film "Síðasti bærinn" which got nominated for an Academy Award in 2006. Read more on Last.fm. User-contributed text is available under the Creative Commons By-SA License; additional terms may apply.