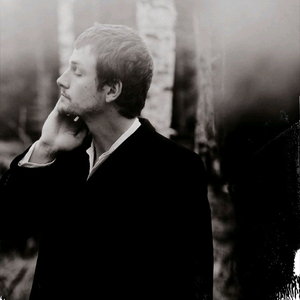 Lars Eriksson (born Lars Erik Ludvig Eriksson in Karlskoga, Sweden on 1 April 1980) is a Swedish singer-songwriter who became famous for his participation in Sweden's Idol 2008. Eriksson was just one year old when his family moved to Liberia in 1981, where Lars' father worked at a mining company. Moving back to Sweden in 1984, Lars began playing piano at age 5. He started writing music at age 9 and performed at school. He learned playing the guitar at around age 16. Together with three friends, he formed the band "The Jisreels" for three years (1997–1999). They played mainly in local gigs, and toured the west coast in summer 1998. By the time Eriksson applied to Swedish Idol auditions, he had reportedly written around 200 songs. Eriksson became a favorite of the competition from the day he auditioned when Idol jury member Anders Bagge promised to cooperate on a record after he heard him perform two songs on his audition in Lund. But he created big controversy when he became critical of the competition, even quoted as saying he did not wish to win the race. In November 2008, he was eliminated, finishing 7th overall. He also recorded the single "Love" jointly with Elin Sigvardsson. It reached #5 in the Swedish singles chart. Eriksson also cooperated with Anders Bagge on an album in autumn of 2009. But for unknown reasons, the album was not released until 11 February 2011. In May 2010, a collaboration began between Eriksson and Birger Pettersson Wiik and his record label HGM (High Gear Music) in Årjäng, with the single "Rejected Love" released digitally. Read more on Last.fm. User-contributed text is available under the Creative Commons By-SA License; additional terms may apply.