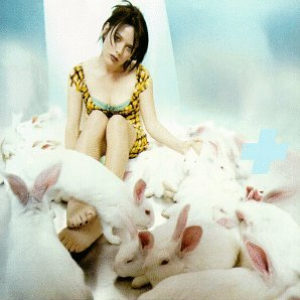 Lauren Christy is a singer and songwriter born in London, England. She studied at the Bush Davies Ballet School from age 11 to 17, before she decided to become a musical artist. She was a member of several bands. Her first band, Pink Ash, consisted of six male members and herself. She called herself Susie Reptile. After frantically writing and looking for inspiration from her keyboards, Lauren achieved both a publishing deal with EMI and a major label record contract with Polygram Records. She released her self-titled debut album on February 19, 1993, including the singles "You Read Me Wrong" and "Steep," and followed it with her second album, Breed on July 22, 1997. In 1994, she had a minor AC hit with "The Color Of The Night", the theme song to the Bruce Willis vehicle Color of Night. After the song gained airplay, her eponymous debut LP was re-released with "The Color Of The Night" included as a bonus track. Three years later, she contributed the song "Breed" to the Batman and Robin soundtrack, which was also released as the first single for the Breed album. Though the song's video received heavy rotation on MTV, the single and LP failed to chart. The second single, "Magazine" also failed to make an impression. Though Breed was Christy 's last full length LP, she continued to contribute to film and TV, particularly the song "Walk This Earth Alone" on the Michael Doyle produced Great Expectations soundtrack. The track "Anywhere the Wind Blows" appears in the film Seven Girlfriends, and "Satellite" can be found on the closing credit's to William Shatner's Free Enterprise, though neither song has seen a commercial release outside of the movie appearances. Lauren Christy discussed plans with Mercury to record and release a third album, but label-shifts and the demise of the Mercury label thwarted those plans. Lauren Christy frequently works with husband Graham Edwards and Scott Spock in a songwriting-producing team called The Matrix. She has written or co-written songs for Britney Spears, Backstreet Boys, Lillix, Ricky Martin, Hilary Duff, Liz Phair, Ronan Keating, Christina Aguilera, Avril Lavigne, Korn and Jason Mraz. Read more on Last.fm. User-contributed text is available under the Creative Commons By-SA License; additional terms may apply.